This is to all of you seated about the campfire telling spooky stories of what faces our nation under our new president.


I think some of you enjoy it. Like poking that loose tooth when you were a kid just to see how much it hurt. But some folks actually seem legitimately terrified of What Is To Come.


You had fear-filled cousins on the right as well. Warnings that Hillary was going to ban the first and second amendments and come for our guns and lock us up for celebrating Christmas. She was going to open fun camps and make us all take ballroom dancing lessons.


Hillary was never coming for our guns. The same people who say that we couldn’t possibly deport all the illegals in this country were not about to try and seize the firearms of 90 million plus legal gun owners.


The only thing I feared if Hillary Clinton won was higher taxes, a deeper recession and endless tedium. I thought her promises of a no-fly zone over Syria were something advisors came up with to make her sound tough. Even Hillary’s not so deluded that she would get in an air war with Russia over a country that (if we’re being honest) none of us really gives a rip about.


I do regret that we will not have Tim Kaine for a veep. That guy promised to be a laugh riot. I hope he sticks around to amuse us as a member of the minority party.


And Trump is not going to start loading people onto boxcars. Hell, almost half the illegals are here overstaying visas. And I’d bet half of them would self-deport back to France or the Netherlands or Ceylon if they were sent a strongly worded letter.


He’s not going to get us into a war. Donald Trump may just be the most openly anti-war candidate we’ve had in a long time. The guy doesn’t like military adventures and has laid out no plans for any. A stronger military is a good idea in peace or war.


They won’t be banning birth control or abortion. Presidents have little control over this issue in any case. The needle simply doesn’t move on this issue nationally. His promise to “leave it to the states” is Trump’s way of telling us all that.


And what exactly does the LGBT crowd have to fear from a man who was cool with same sex marriage easily a decade before either Barack Obama or Hillary Clinton? And, let’s face it, they only came to gay Jesus because they weren’t going to get to dip their paws into the Hollywood cash pile until they did. And let’s not scare up fears of Mike Pence driving every gay and lesbian into the sea. It’s just nonsense.


This past Wednesday morning, depending on how the election turned out, I was going to cash out my retirement fund. Why? Because the rake-back that goes to the feds from my hard-earned, after-taxes savings would go up from 25% to God alone knows what. Or, and this is often seriously discussed by Democrats in congress, the feds might confiscate it all and dole it back to me as they see fit. By that I mean, they’d take my 401 K and spend it on primitive dance classes and quinoa.


The second half of my Plan B was the construction of my zero environmental impact, off-the-grid compound on ten acres I own deep in Florida cracker country. My neighbors are all retired cops up there. Would I do this because I’m a bitter clingin’ survivalist nut with a gun vault filled with assault rifles? Well, that’s half true. Mostly, the compound was to insulate me and my family from a worsening economy. Lower our utility bills, property taxes and food bills. (We like growing our own food and are good at it.)

It would all make my “retirement” go smoother. The quotation marks are because I’m never going to retire. How can I? My job is making stuff up.
BTW, I'm no kind of prepper. For proof of this check out my upcoming mini UN-Prepped, a survivalist comedy co-written with dyed-in-the-non-GMO-wool liberal Scott Beatty. It'll be out from IDW next year.


So, remember this the next time you support a candidate for office and invest our heart and soul and wallet in their winning.


Even if it’s a weekend at the spa or a 5K or locking yourself away to binge TV for a week. Think and prepare for the eventuality that you did not wish for. And, most of all, relax.


This is America. We get wounded and we heal. No need to hate those who don’t agree with you. I guarantee that 99.999999% of them don’t hate you. That goes for both sides.


Let’s all turn our wrath toward a more worthy target.


The lazy-ass media that’s been lying to us about the election and about ourselves throughout this entire process. 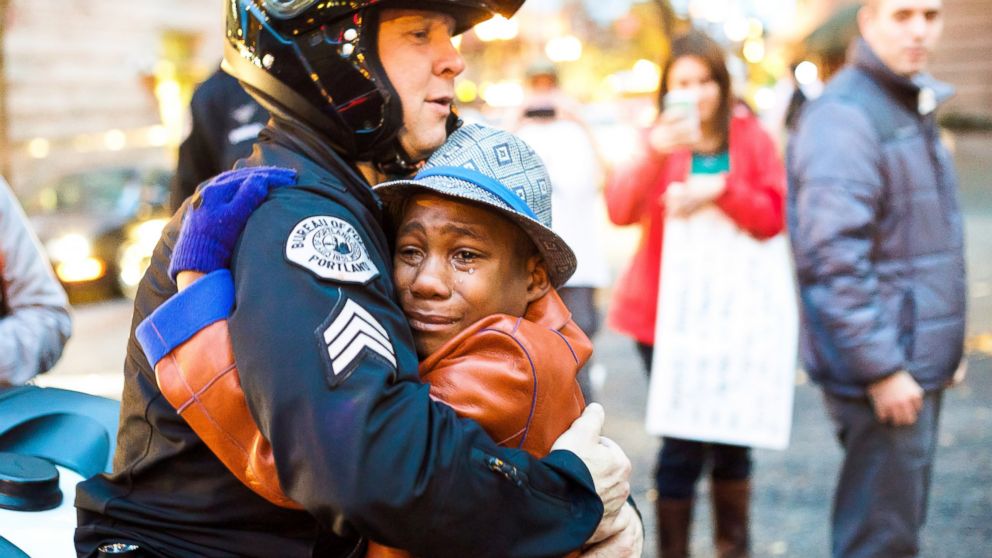