One-Offs and collaborations from Chuck Dixon and Bruno Books! 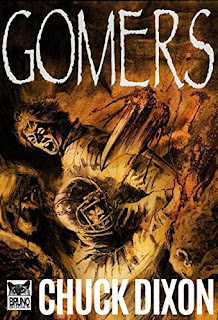 
WHEN THE DEAD WALK THE EARTH… THE LIVING GO SHOPPING.

Jim and Smash are looking for a safe place to sit out the zombie armageddon.

They choose a giant home improvement store as their sanctuary... But an Afghanistan war vet and an attack dog with gender issues have already claimed the place.

And then there’s the girl… 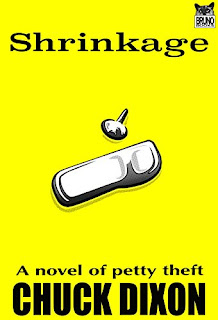 Jeff is a shoplifter working the department stores of downtown Philadelphia in the 1970s. Slick. Professional. Smart. ...He believes he’s all of the above.

He thinks he’s found the perfect angle when he gets an inside job at the city's premiere retail palace over the Christmas season.

He's the fox in the hen house until he draws the wrong kind of attention to himself.

Suddenly Jeff's world is out of control and everything, and everyone, he cares about is drawn into a web of deceit and danger that even he doesn't have the street smarts to escape from. 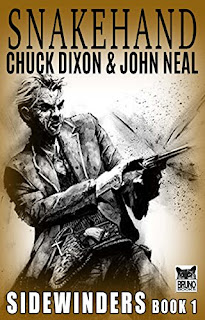 BOOK ONE OF THE SIDEWINDERS SERIES.

What they got was Joe Wiley.

As a young man he roamed the border country with a pack of wolves who walked like men. Until fate stepped in to place him on another path. Joe Wiley took to wearing an badge and became a town tamer with a reputation for never backing down from a fight.

But the cesspool of vice, murder and corruption that calls itself Mercury Wells turns out to be the toughest challenge this lawman-for-hire has ever faced. 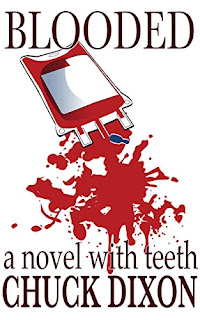 He left the bar with a girl he didn’t know for the wildest night of his life...

A night that would never end.


Her gift to him was immortality. The gift came with a price: a diet of human blood.

Forget capes, coffins, bats, wooden stakes, and garlic -- follow a former real estate salesman on a journey that begins with his death and leads to an un-life of hunger, hunting and betrayal.