A little something about dialogue

A piece I wrote for the old Dixonverse site:
There's nothing wrong with the dialogue in Firefly per se. There are some clever exchanges. The trouble comes when they're TOO clever and EVERYONE is having them.


The "voices" of the characters in Firefly were too similar. Everyone spoke in practically the same meter and using the same lexicon and the same level of wit.


The nest example for a contrast I can think of is the show Northern Exposure. When the show first aired it was fesh and surprising and bright. The characters were clearly drawn and entirely different from one another. Each had his or her own distinctive voice and way of phrasing. By season three that distinction was gone and all of the characters were speaking in the same way and often using phrasing and vocabulary that flew in the face of their established characterization. They were all "speaking to plot" rather than character and the audience fled the show in droves. I left when the Barry Corbin character began making cultural references that his character would not have been aware of only the season before and started speaking in airy-fairy soliquies like the rest of the cast had taken up. 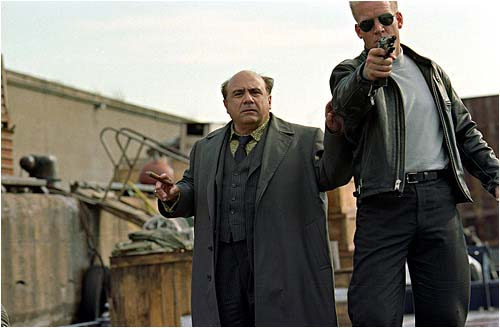 An example from the movie HEIST. Mamet has learned when to have a cute exchange and when not to have one.


In this first example, Pinky has been established as a rare wit. He’s a guy with a ready answer for everything. Bergman is impatient to learn what Pinky knows but enjoys a bit of verbal sparring as well. So they are established as nearly evenly matched and Mamet takes advantage of this for a few snappy exchanges. But all the while, character is being brought to the fore and the sense of menace beneath Bergman’s words is always there. We know he means business and we know that Pinky knows it.

Bergman: Where's the gold?
Pinky: You know, I'm reluctant to tell you.
Bergman: When we put it to you, you know when we put it to you, you're gonna be telling us the gross national product of .
Pinky: Hey...
Bergman: You're gonna be telling us the area codes of and .
How do you pick up your share? Where's the gold? Where's the meet?
Pinky: What're you gonna do, hurt me?
Bergman: Well, no, actually, no. I'm not gonna hurt you. But tell a guy, I'm full of admiration. What was the deal? What was the deal?
Pinky: The way you're looking at the deal, the deal was we get away with the gold. Cute, huh?
Bergman: No, that's charming. And then what?
Pinky: We slip away.
Bergman: You slip away? And me and my guys, we go to the meet and we find a truck full of pig iron. Is that the thing?
Pinky: Well, Joe figured you weren't ever going to the meet.
Bergman: He did? You know, your guy doesn't get it in his head to fly off on a variation, we're all out on the patio right now, we're all having a margarita! Where's the gold?
Pinky: You understand my reluctance to tell you.


In this next exchange, Pinky is not on equal intellectual terms with his adversary and so the dialogue goes differently.

This last exchange is called a reversal. Bergman and Pinky had this clever tete a tete and we’re set up to expect that other characters will respond in the same way to Pinky’s observations on life. Not so.

This brief exchange lets us know that Pinky’s time is up. He’s been rendered over to Bergman’s underlings and will no longer be bale to use his gift of gab to stall for his life. The dialogue speaks to character rather than plot but carries the plot along with it better than a more didactic exchange would have. 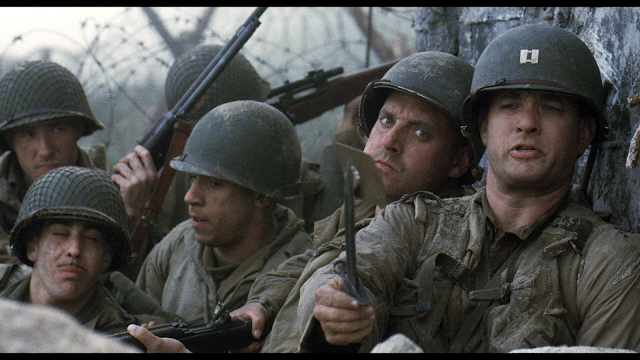 This exchange from Saving Private Ryan speaks to plot in a painfully obvious way. It’s made all the more painful because nearly EVERY exchange of dialogue is used only to cover plot points and the SAME plot point over and over again. And nothing here speaks of character. Reiben is a griper and that’s a deep as we get. Miller is their officer but, even though he’s been very direct and articulate to this point, has no answer. Back when the understood dialogue better and had more respect for moviegoer’s intellect, the scene might have gone like this: 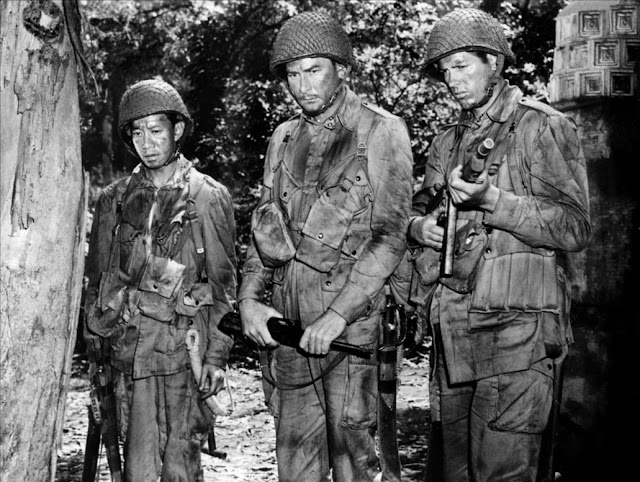 Private Reiben: So, they’re willin’ to spend eight guys to save one?


Captain Miller: Do you have a mother, Reiben?


Captain Miller: Just checking, is all.


Private Reiben: And I’m just asking, is all, sir.

Same plot points are covered but less painfully. AND we learn from his simple response that Captain Miller is losing his patience and won’t be answering any more stupid questions. AND, now that his question had been answered, Reiben will follow orders in the true, fatalistic attitude of the men who served in WWII. We also imply that the question has been asked before though we were not privy to it. AND, if it were John Garfield or George Tobias playing Private Reiben, you would have gotten a laugh. 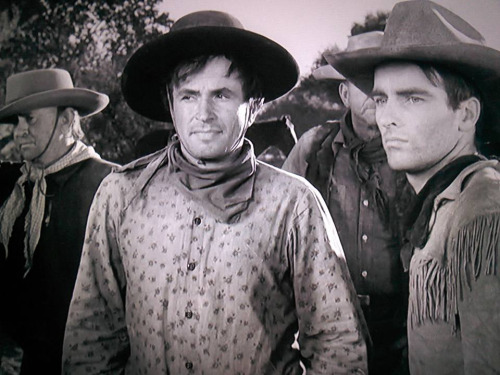 Now here’s an exchange of dialogue to cover a simple a plot point. It’s from :

How much ground is covered in this simple conversation? We learn that Cherry Valance is a lady’s man and that Garth already knows this. We also learn that Garth and McGee have been friends a long time, long enough that the merest reference to a horse McGee once owned is enough to entirely fill Garth in on the situation as well as fill US in just by his reply. In this very brief exchange we also see that Matt is direct in his questioning and that Buster tends to beat around the bush. The actual plot point (that Cherry will not be returning to the herd any time soon) is never directly referred to. The scene ALSO serves to firmly establish that Cherry is a heterosexual. Anyone who’s seen this movie and was paying strict attention will understand why this was necessary. The audience at the time certainly picked up on it.


The whole thing is covered in a very brief time in a clever turn of dialogue, deceptive for its simplicity, in which the humor of the situation is left for us discern rather than being spelled out for us. And with Buster being played by Noah Berry Jr you know you’ve got a little, sparkling piece of cinema gold.
Posted by Chuck Dixon at 12:23 PM